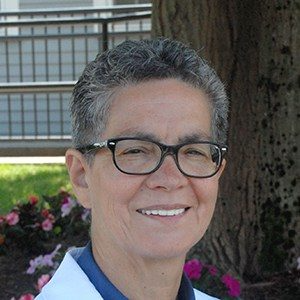 People are waiting longer and longer to have children, the average age of first-time parents for both men and women is up significantly[1] from what it had been in decades past. As a result, alternative pregnancy methods, such as in vitro fertilization (IVF), and surrogacy, are becoming more commonplace. Unfortunately for many Americans, there is a great deal of confusion surrounding the deductibility of expenses related to these kinds of procedures. Governmental branches’ interpretations of the tax code have been slow to adjust to these social and cultural shifts. With the extent of litigation and inconsistent treatment of these expenses in the lower courts, we rely on the Supreme Court’s and Tax Court’s views of the particular cases that have been brought before them to determine what constitutes a deductible surrogacy expense. The decisions in these cases have provided some basic guidelines for the particular issues that have been raised.

Essentially, the IRS views most assistive reproductive technologies (ART) and their related procedure costs as tax-deductible. This would include:

Their reasoning here is simplistic, and somewhat limited. These costs are incurred as a result of actual medical procedures to treat infertility. The IRS defines a deductible medical expense as something that is limited to payments made for the diagnosis, cure, mitigation, treatment, or prevention of a disease, or payments for treatments affecting any structure or function of the body. Payments must be made on behalf of the taxpayer, spouse, or dependent. This is a new change from years past, when fertility-boosting procedures were viewed as elective, and not a treatment for an underlying condition.

On the other hand, some costs incurred when using a surrogate are considered by the IRS to be non-deductible. These include:

The IRS’ reasoning here is based on a historical interpretation of the tax code. Although most, if not all, taxpayers using a surrogate foot the bill, the IRS views these expenses as being incurred on behalf of the surrogate herself, who is not the taxpayer’s dependent. The check-up co-pays, insurance premiums, and grocery bills are all expenses the surrogate incurs, even though they’re not paying anything. Given how expensive surrogacy costs can be, their exclusion as tax deductions can feel draconian, though their tax treatment is rooted more in ignorance than anything else. The IRS tends to interpret the need for a surrogate as a choice, rather than as a necessity, an interpretation that hurts same-sex male couples and single men in particular, as they would require, at the bare minimum, either an egg donor or a surrogate, as they are totally unable to deduct the cost.[2]

We cannot say whether or not Congress, the Supreme Court, or the IRS have any plans to update their dated interpretations of the tax code to more accurately service the citizenry to whom it applies. The outlook does not appear promising at the moment.  Several open cases are challenging the non-deductibility of surrogacy costs, both in the IRS’ tax court, and the U.S. Court of Appeals, but rulings do not appear imminent. For taxpayers who feel they have an extenuating circumstance that would entitle them to deduct surrogacy expenses, there is the option to file for a Private Letter Ruling (PLR) with the IRS, at a cost of $7,500. Essentially, the taxpayer consults their doctor about possible underlying conditions preventing pregnancy, writes a letter to the IRS explaining their situation, and then waits for the IRS to issue a judgment on whether or not the potential incurred surrogacy expenses merit deductibility.[3] The process can be a painstaking long wait, with the IRS taking up to three months to provide a ruling, and offering no guarantee that they will approve the deductibility of expenses.

Because of the high cost and low success rate, PLRs are not considered a viable or reasonable option for people already in the surrogacy process, and yet, somehow, they are the only realistic option available at this time, aside from hoping a tax code that hasn’t been changed in almost 70 years is updated soon. For those who are already spending incredible amounts of money in surrogacy costs, hearing this can be disheartening. Unfortunately, the only way the IRS, the Supreme Court, or Congress changes their interpretations and enforcements of the tax code is if their rulings regarding this issue continue to be challenged until they are forced to adjust.

[2] Morrissey v. United States (11th Cir. Sept. 25, 2017); ruling that men cannot be allowed tax deductions for “female” reproductive medical care i.e., just because men do not produce eggs, and are therefore unable to physically bear a child, that does not entitle them to deduct expenses incurred while using alternative methods for achieving pregnancy

[3] The IRS does not consider PLR results as precedent-setting; the rulings are only applicable to the taxpayer that applies for it.

Gonzalez & Associates, P.C. is continuously working to improve our website’s performance and accessibility for all of our users, including people with disabilities. If you have a disability and have any difficulty accessing our website, please contact us by phone or email and we will make every effort to ensure you have full access to all of our digital offerings. You can call us at (781) 344-1040 or email us at admin@go-cpas.com.